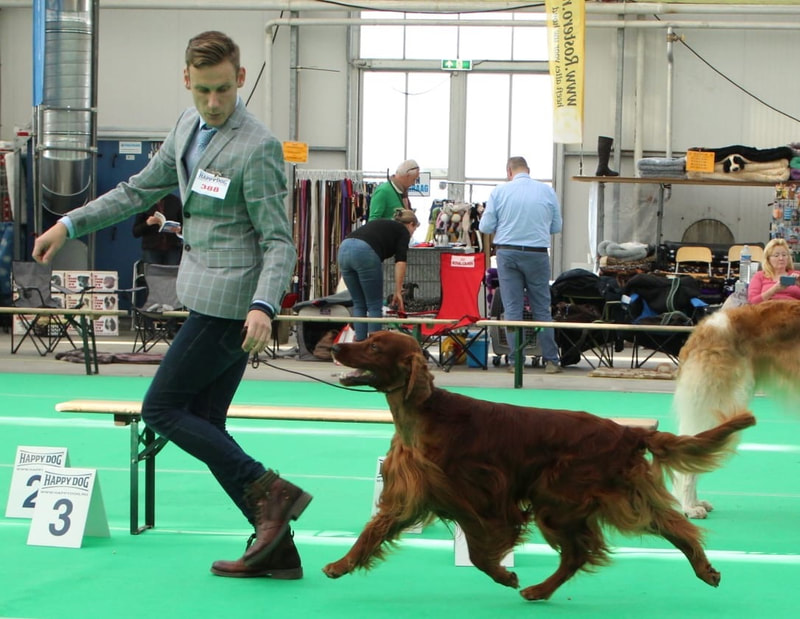 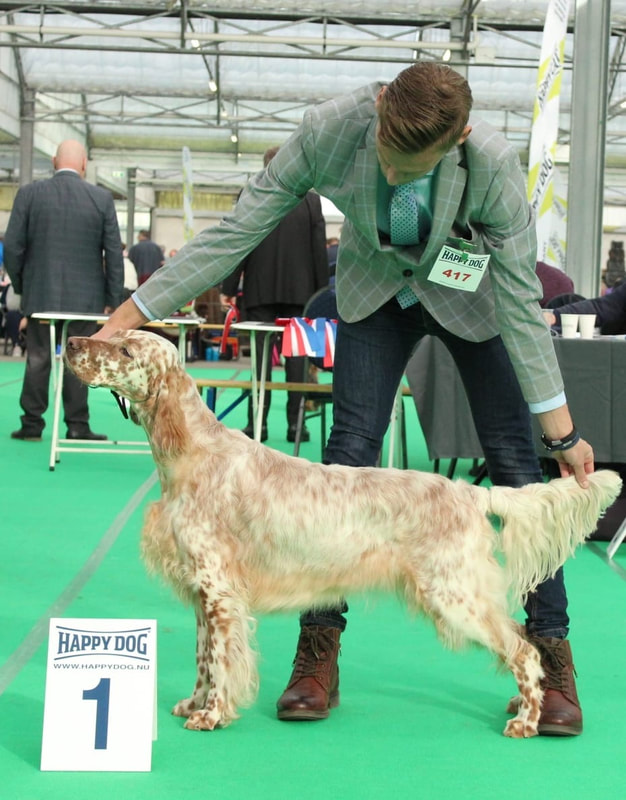 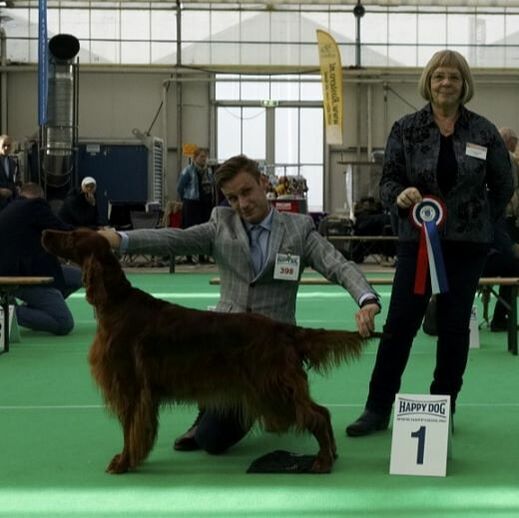 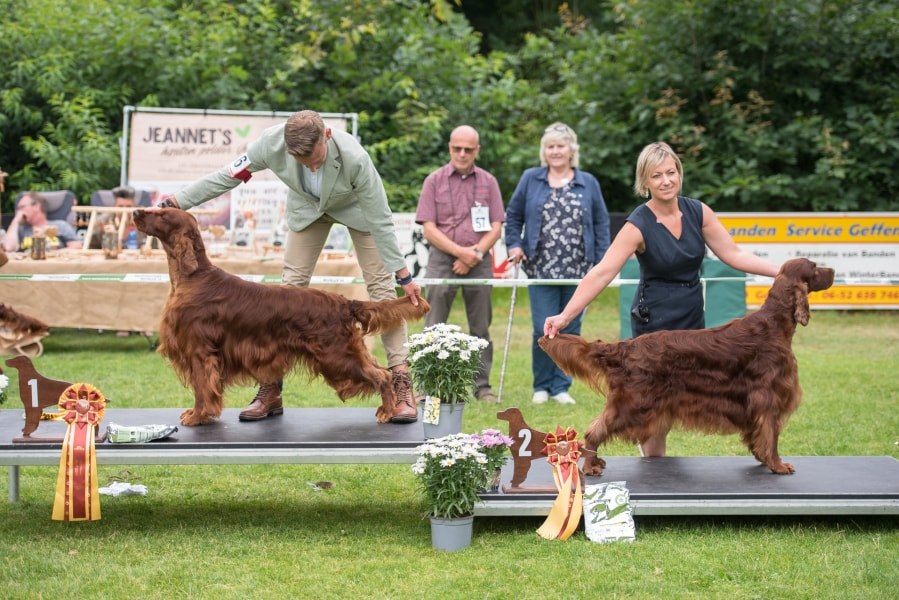 Where to start, what a fantastic day this was! For the first time 3 of our English Setter puppies from our F litter were entered at an international show, Robin, Blazing Bronze Fame and Fortune  owned by Ruud and Madeleine, Bailey, Blazing Bronze Follow the Dots  owned by Wil Huizer and our own Tish, Blazing Bronze Feel Free to Tag.

Just ten months old are these three, Robin was the only male,  can became Best Male. Tish and Bailey became 1EX and 2EX in the Junior class, but little Tish surprised us all getting selected as Best Bitch. Making brother and sister to compete for the title best of Breed. Robin was chosen as Best of Breed.

Morrissey, Blazing Bronze Daddy Cool was entered in the Open Class where he was placed first .And ;ater to be selected as Best of Breed.

At the end of the day there were no less than two Blazing Bronze dogs in the Group 7 judging, both Morrissey and Robin were shortlisted to the last six, but the little Robin was placed 3rd in Group with Truus van Holland!

In addition, Tish was asked to compete in the Junior Handling with Pricilla van Oosten and they were also placed 3rd!

What an entrance in the dog show world, what a promise for the future! We also would like to thank all the different judges for confirming the quality of our dogs. 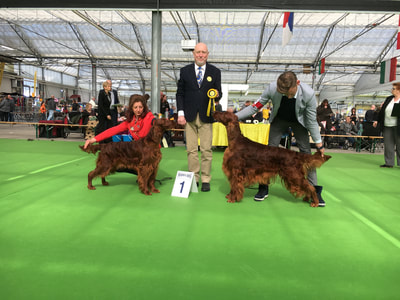 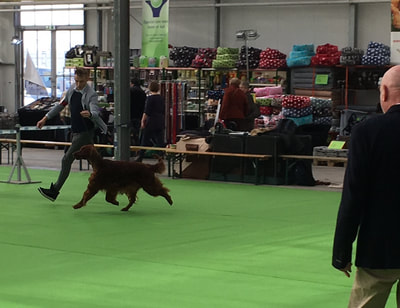 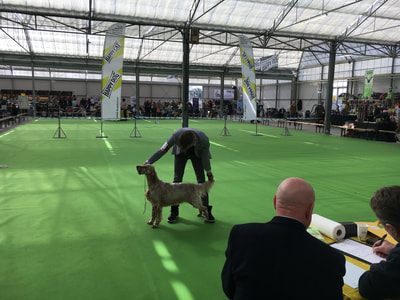 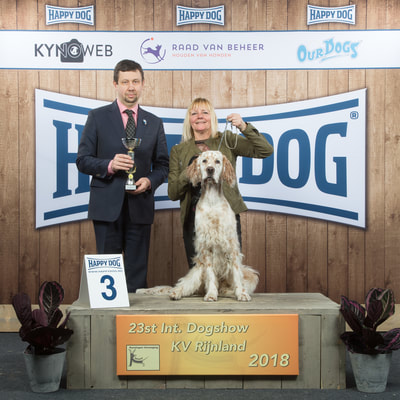 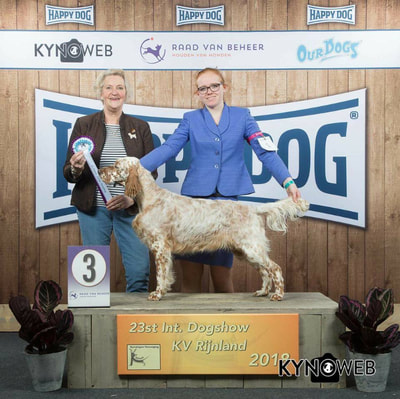 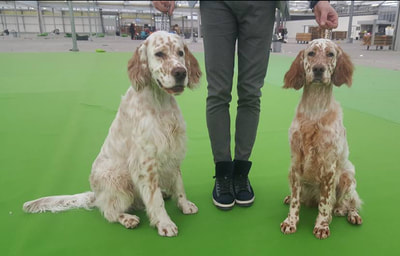 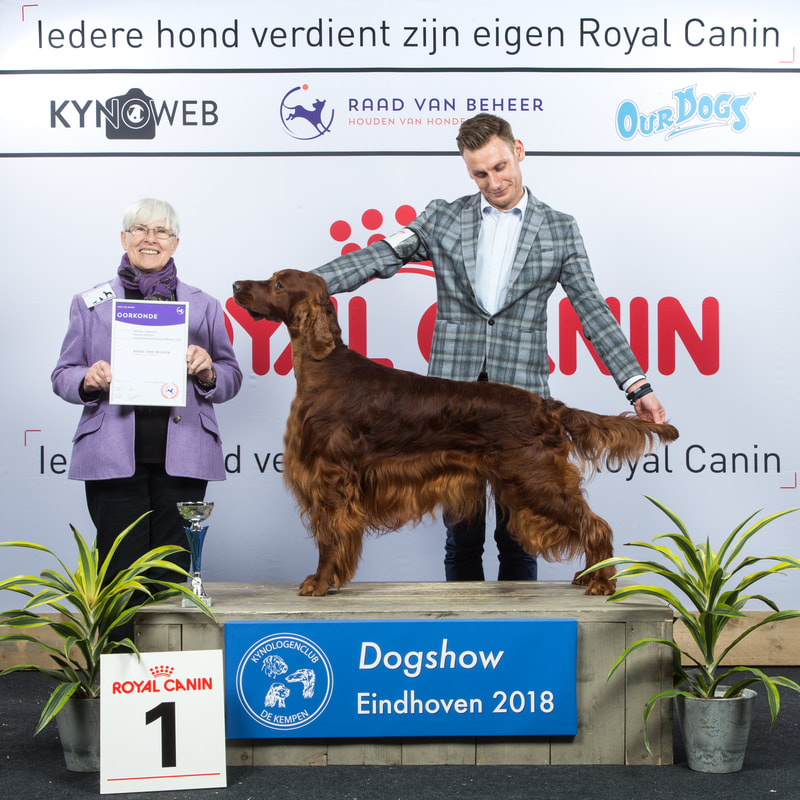